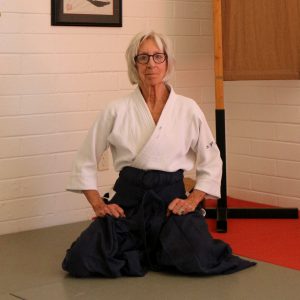 Sensei Judith Robinson has thirty years of experience in the martial arts. She is a student of Hans Goto Shihan, who was an uchideshi at Iwama, Japan, training under Morihiro Saito Shihan, 9th dan. She has also trained with Mitsugi Saotome Shihan, Bill Witt Shihan, Frank Doran Sensei, John Stevens Sensei, and Hiroshi Ikeda Sensei. She holds a sixth-degree black belt in Aikido, a first-degree black belt in Karate and has also studied Wing Chun and Tai Chi. She is a graduate of the Model Mugging Program with certification in both single attacker and weapons disarm. She is a retired protection agent and member of local R.E.D. 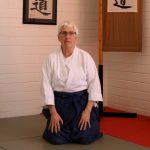 Claire was a teacher of Aikido Kid’s program for nearly twenty years and the Director for most of that time. Her energy, humor and love for aikido built a flourishing program that still lasts today. She touched many lives and we all miss her and her presence in the dojo. 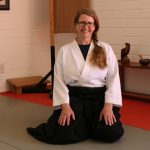 Cezanne has been teaching in the AikidoKids! program for eight years.

“If I can teach my students a fraction of what they teach me, it’s a good day.” 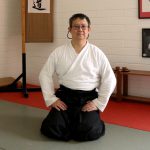 Ted started in Aikido in 2005, and has taught the weapons class since 2008. Ted’s teaching philosophy is that the student comes first, and you always learn something new regardless of how basic the technique. 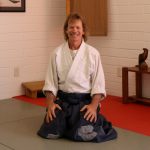 Shane has been teaching in the kids program for six years.
“I am serious about aikido and enjoy it and hope my enthusiasm for our art shines through in my classes. I believe we are not only transforming our own lives but all those we encounter.” 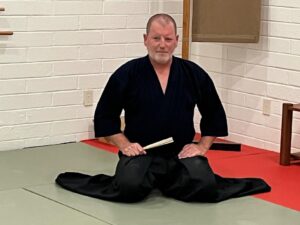 “The longer one studies these Ways, the deeper and more profound they become… and the journey is transformative.”